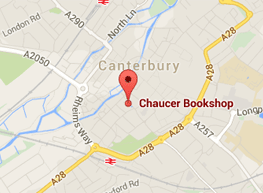 CARY'S NEW ITINERARY Or, an accurate delineation of the great roads, both direct and cross, throughout England and Wales, with many of the principal roads in Scotland. From an actual admeasurement by John Cary; Made by command of His Majesty's Postmaster General, for Official

CARY, John (1754-1835)
Published by for J. Cary in London 1817
SKU: 51412
£70.00
View in basket
Seventh Edition with Improvements. 8vo. (approx. 19 x 12cm) hardback, bound in full tree calf, with red title label, gilt. 951pp. + 4pp. Publisher's List at rear. Contains 5 smaller folding maps (one with closed tears and one with two maps on one sheet) and the large folding map of England and Wales, complete but with large closed tears and damage to edges. 2 ink inscriptions, dated 1821 and 1824 to ffep and early blank. Pencil scribbles and notes to front and rear blanks and verso of large folding map. Occasional light foxing. Light wear and rubbing to all edges. Overall a Good Copy.